I initially moved to Antalya in Turkey in 2006 and left there in 2013 to come back to Scotland to try and establish a life here so that I could bring my son to live with me in the future.

However, after 8 months I decided to go back to Antalya to be close to him as I couldn’t find a suitable job which would allow me to get my own place in Scotland.

As the years progressed he was pressuring me to return here and things were not working out too well there anyway so I decided to try again in the land of Haggis and Whisky, this time with my son in tow.

We are living in my Mothers house for the short time while I try and find work so the least we could do was tidy up the garden leaves.

The main reason my son wanted to come here was because he wasn’t happy at school in Turkey and so we filled out the forms and sent him off to a Scottish school, where so far he appears to be quite happy.

On the first day though he was a bit nervous and he is not good in the mornings regardless of where he is residing.

I hadn’t seen my Step Sister Julie in a while as while I was in Turkey she was in New Zealand but she had recently returned to Scotland for similar reasons, to put her children to School in the land of the Jocks.

Here is her motley crew with my boy teaching them a new ‘cool’ hand signal pose.

This is a video I made while they were posing for the pic.

Here are some videos I made in the first couple of weeks back. This first one is me going to the school to get my son enrolled.

My Sisters Beagle got scared when he first saw me and started barking while hiding under the table but when he got used to me I became his best friend.

The boy promised not to annoy me in Scotland if I brought him here, but obviously now that he is here that promise has went out the window.

So all in all though, it is good to be back to the cold. 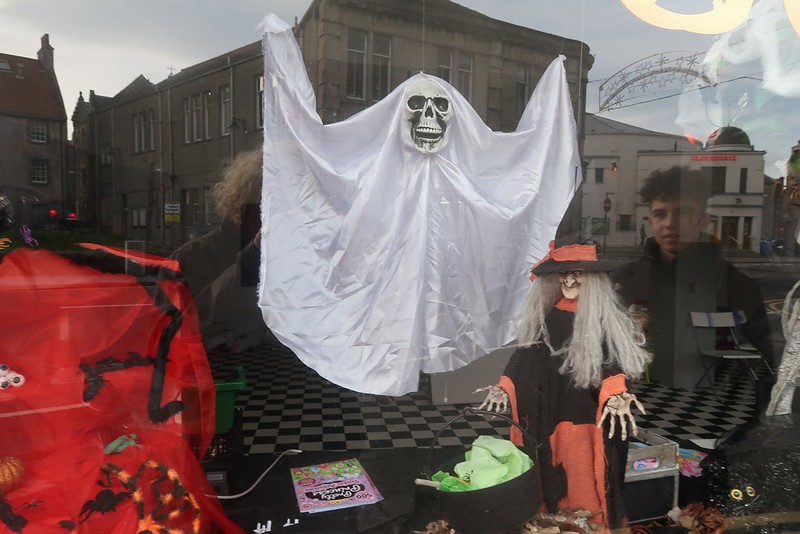