After living for the majority of the past 12 years in Turkey I returned to Scotland with my son in tow to start a new life here living at my Mothers house in Bo’ness, until I can find a job and somewhere for us to live.

We arrived on a Thursday morning and on the Saturday my nephew was playing a match for Bo’ness United Youth team so we went along to watch him with my Step-Father who goes regularly.

My nephew is the blonde wearing blue in the centre of this photo and although he didn’t have his best game by all accounts, he certainly was one of the best players in the team.

It was a cup game and at half time I think they were 3 going on 7 down and so the coach needed to do some serious coaching. I was wanting to go across and offer my tuppence-worth but I don’t think it would have went down too well as none had seen me before and I don’t have any coaching badges either.

At least for the Bo’ness United supporters the view from the stands was nice….if you looked away from the pitch.

Well, that is if you didn’t look to your left where the Grangemouth chemical factory is situated.

By the end of the game they were well gubbed. I think it was about 6-0. We lost count after a while.

At the end of game every player lined up to shake the other teams hand which was a lot more formal than they ways we done it when I was a lad.

Thankfully for the Bo’ness lads I didn’t make any video of the game.

They were out of the cup but results have since picked up and we will put that game down to just a wee blip. 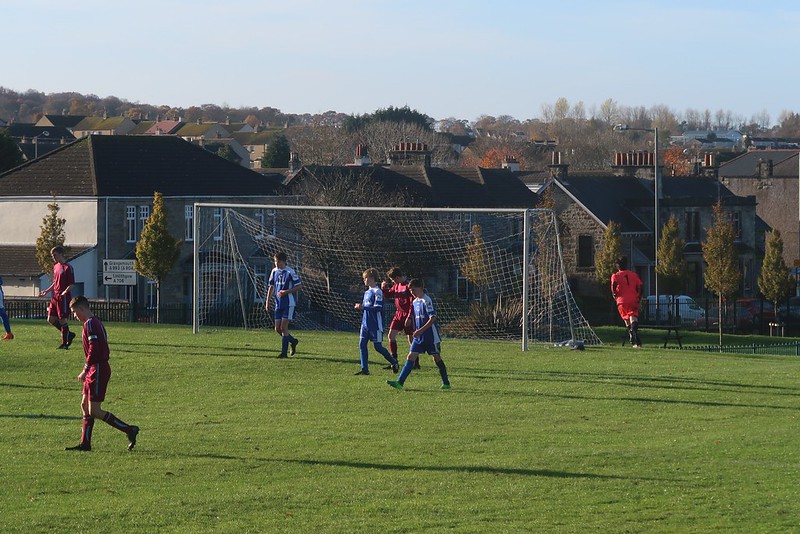